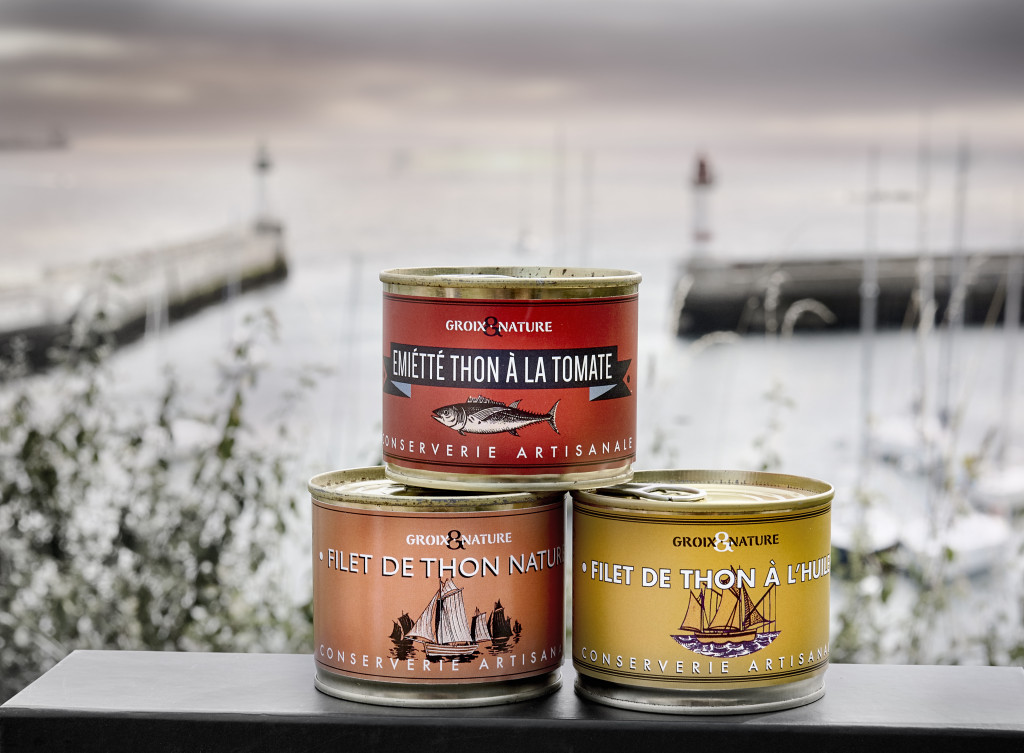 Groix & Nature is today the last active cannery on the island of Groix, which once hosted up to five fish canneries.

At the beginning of the 20th century, Groix was the leading tuna fishing port in France, with more than 300 boats dedicated to fishing albacore tuna, also known as "dundees".

The canneries are an inseparable part of this tuna epic in Groix. Indeed, albacore tuna was a fish that was not sold fresh at that time and which could only find an outlet through the canning industry.

Thus five canneries operated in Groix in the 1930s and 1950s: Romieux, Tristan-Calloch, Jégo, Kersaho, including the Orvoën cannery, which was the last to close its doors in 1979.

It is the richness of this past and the desire to perpetuate this island culinary tradition that has animated the Groix & Nature team for nearly 20 years.

Discover this know-how through our authentic and refined recipes!

Groix & Nature is committed to donate 1% of its sales to SNSM "Société Nationale de Sauvetage en mer". Founded in 1967, its primary vocation is the commitment of volunteers and free to the service of safeguarding human life at sea and on the beaches.